“You have to be injected every day fantasy, not reality die” Ray Bradbury


In primary times dolls were magical elements or or worship objects, which in some ways continues until our days under the guise of children’s play.
The representation of our desires, pleasures or drives symbolized in toys of human likeness has a deeply rooted tradition in the world of art. Without going as far as Egypt or Mesopotamia, or even to Hieronymus Bosch, many members of the Surrealists group centered their work on dolls as representations of industrial era and mechanical daily life, even though, keeping some connection with The Object as a religious element.

Hans Bellmer in “Memories of the Doll Theme” (1934) introductory text for “Die Pupee” his first publication describes the doll as a talisman through which he hoped to recover “the enchanted garden” of childhood, a familiar trope for the pre-oedipic moment before any psychological impression of loss or castrating sexual difference. In times of the psychoanalysis boom this statement connects him directly with the reality of his present and to the representation of it through artistic creation. Depicting the perversion of an encounter between the natural and the artificial world, human and simulation. Returning to Japanese mythology, where the doll is the caretaker of the soul, a resident of dreamland with powers to reassure us or frighten us, subduing mankind in the realm of fantasy. As said by Edogawa Rampo “those who can not love another person can love a doll. A person is not else than a shadow in this transcendental world, but a doll is immortal.”
“Mr and Mrs Woodman” by Man Ray raises the ultimate representation of this idea symbolizing the impossibility of carnal love in such complex societies as post-war ones. Further in time, Cindy Sherman uses sex dolls and parts of them in late 8o’ and early 9o ́ to represent those incongruities and sexual mutilations that were impossible to represent through her well known self-portraits. She uses synthetic breasts and artificial vulvas to create photographs that add enjoyment through vicious male fantasy, portraying in a fairly obvious manner, an imaginary redirection for women in a society ruled by men.

In all these cases there is a presence of protest, claim, against the canons of their time. Behind a superficial or naif appearance, exists a profound process of social study presented hidden behind what seduces our senses. A reality-fantasy tandem behind Barbie doll ́s creation as a symbolic element of social change generated post World War II.

Behind Barbie we can see both, traditional notions as well as new values product of a culture in dramatic process of social, cultural and political transformation. As an artifact of this ambiguous culture, Barbie not only represents conservatism and conformity, but also, contradiction, conflict and rebellion. “To read” Barbie as a history book helps us understand the changes in adolescent culture, gender roles, sexuality and consumerism.

When Mattel launched Barbie in 1959, the doll was rebellious among her contemporaries. While the vast majority of dolls represented babies as to train girls for motherhood and domesticity according to the dominant gender roles at that time. But unlike these “sitting” dolls Barbie, with her long and disproportionate legs helps adolescent girls to feel themselves autonomous and running.

Barbie was the ideal “teenager” (a term coined during the war years) representing the teenage culture that grows rapidly after the war, especially with proliferation of suburbs and the expansion of leisure time. As an icon of the middle class adolescent with her power of consumption, Barbie and her accessories (magazines, dresses, records) become as gasoline to feed the growing consumer society machine. As in reality, the Barbie works as nanny, and does her shopping with money earned in that nanny job, which was one of the few existing job offers at the time for new autonomous adolescents.

Beyond her original swimsuit, the extensive wardrobe available for Barbie epitomizes the ethos of that growing consumer society, in which spending replaces the tradition of saving and frugality nourished during depression and war times. Americans were encouraged to find their satisfaction in objects and consumer goods stimulated by television ads that expanded these ideas among young people. The glamorous Barbie dresses were like those designed by Christian Dior who began the transformation of the female body immediately after World War II. The body of the doll had been designed as a benchmark for the gradual sexualization of the female body starting with Haute Cuture, with Dior in the 5o’. The “new look” replaces the look of the workingwomen of the war years, broad, strong, almost masculine; ready to enlist on military actions if necessary.
To accentuate the female sex characteristics, pads and stuffed bras are introduced. The flat shoes are replaced with heels that exaggerate sex differences pushing the bust forward and the rear backward. As in afternoon television series (when the female is in the house) women did housework dressed completely in fashion with new electro-domestic appliances. Barbie has a rigid, delicate feet that always remains static, immobile, dependent on her domestic universe and dedicated to her maternal devotion.

Yet, despite these Machiavellian speculation, Barbie with her inability to stand, had one foot in the future and those adolescent women growing up with her as a model will be the germ of a radical change in the social and sexual place which will arrive in the 6o’. Thereafter, continuous social changes until today will also make Barbie adapt to survive within the rules of a much more competitive global consumption.

The interesting rhetoric of Romy Querol Soler ́s works, precisely relies on her radical change of sense of Barbie doll ́s symbology or of the origin of it. As a sign deeply rooted into the list of international pop culture objects, the artist plays with guided connotations to invert the concepts and to talk about something more contemporary, post-modern (or perhaps millennial), an idea of self-sufficiency and autonomy on desire becoming through double sense a contrasting game between solitude and communion with the world around us. The Doll as a plastic representation of femininity become a medium for transmitting the sexual feelings of a free woman in a carnal universe from where plastic and synthetic senses increasingly alienates us. Desire for the body, desire of human animality, seems subdued at an historic time when consumption ́s amnesia focuses on physical well-being, sport and good behavior. Need for and desire are replaced by the hiperlogical whim and hipererotism, as if contemporary complete Freedom has made us slaves of our forced containment. Plasticization of sex is reflected on proliferation of sex toys, hyper-realistic sex dolls, or sex shops, suggesting that the fashion of extreme personalization with technology invades sexual life almost annulling it, almost leading it to be an act of self-obliteration of its essence and its natural function, making it into a kind of empty God.

The artist ́s vision, groundbreaking, pioneering, and triggering senses, presents a new thought over carnal desire, less tied to fashion, toys and accessories, and closer to our body ́s sensuality our feelings and to meet ourselves behind that world of artifacts. Being less products of a consumer society and more honest with ourselves, with our animal, with our wild being and with our species. 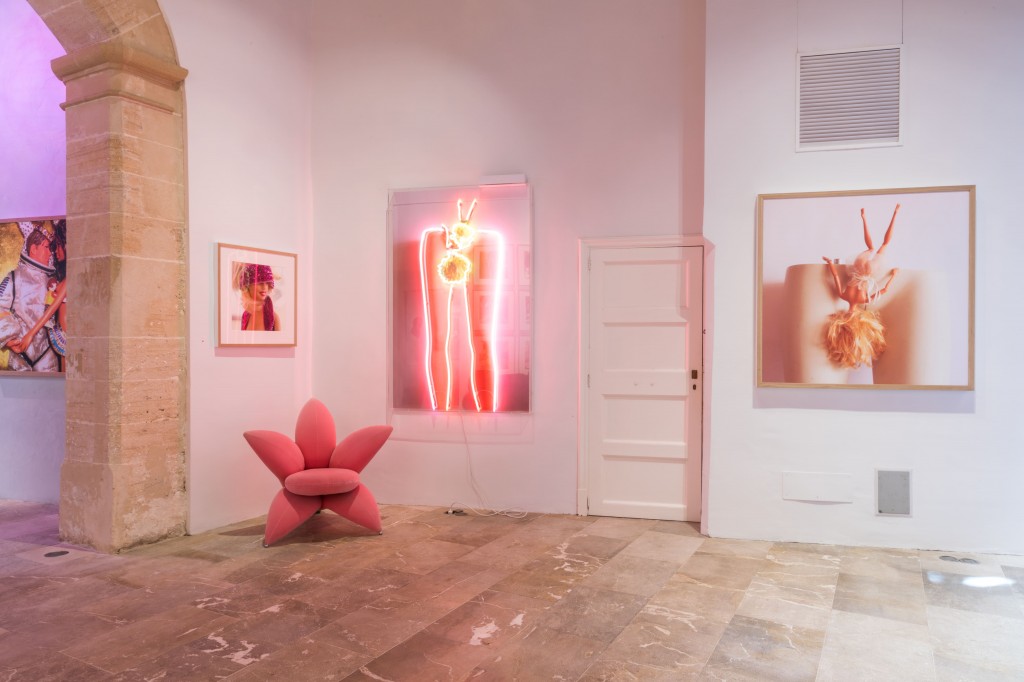 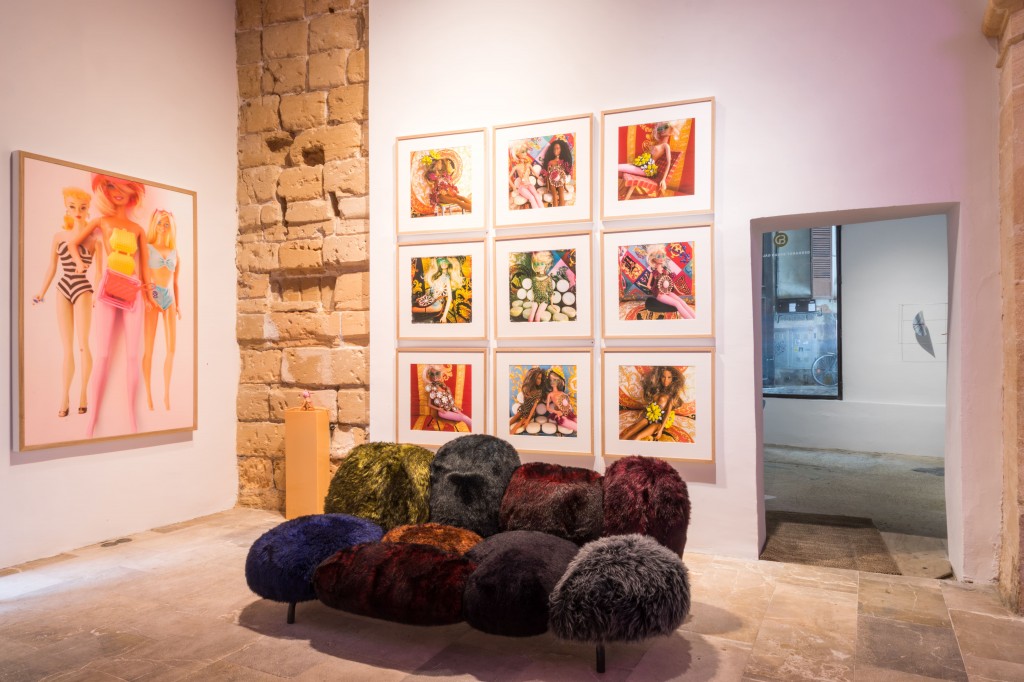 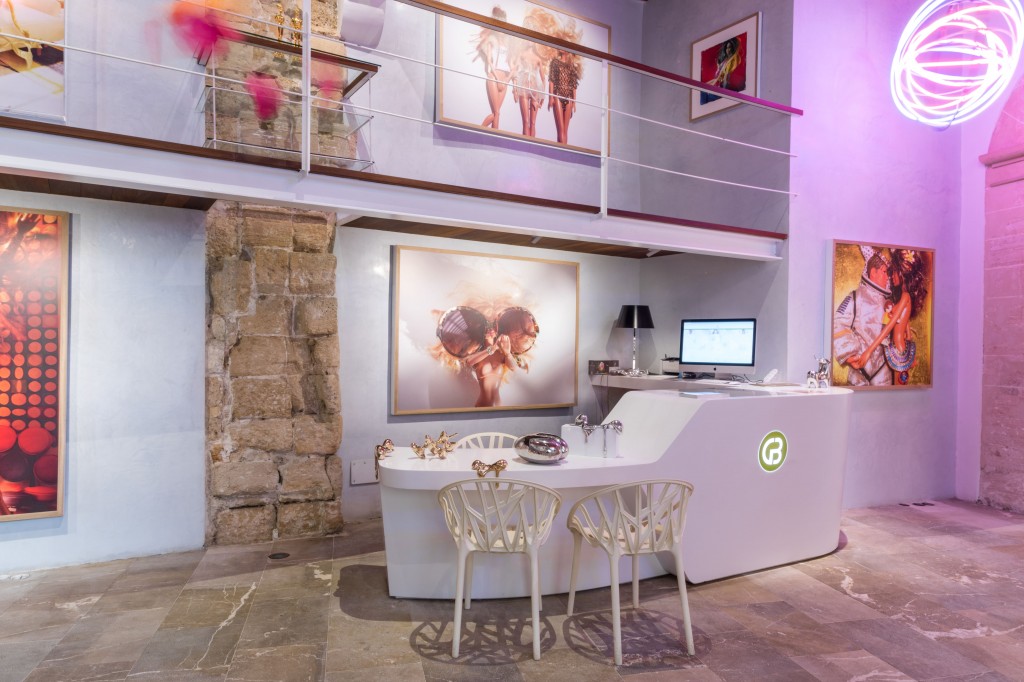 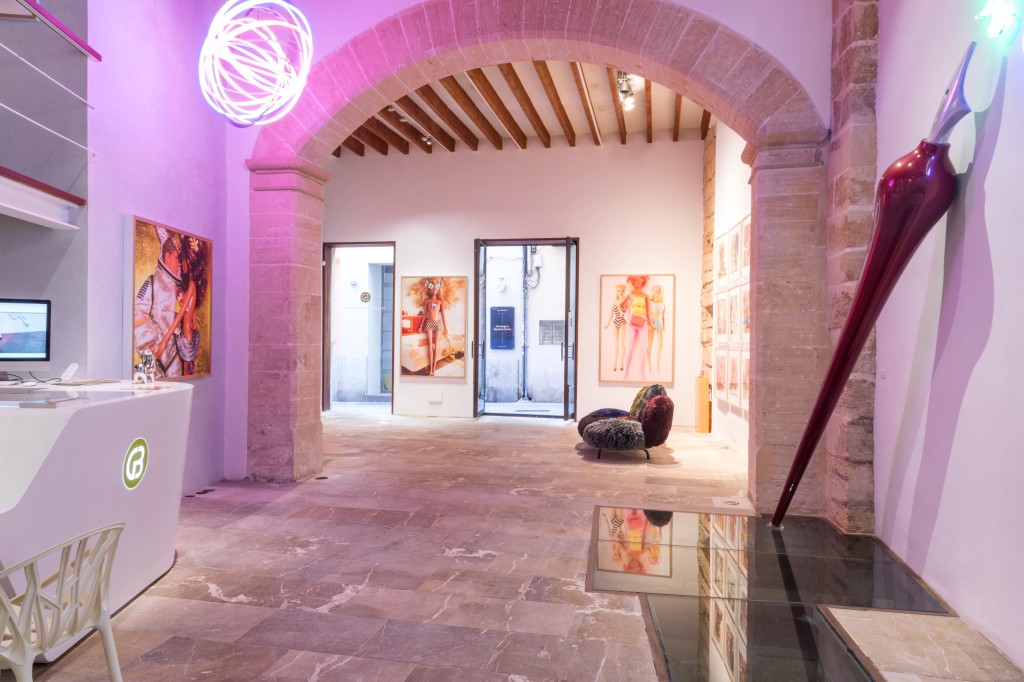 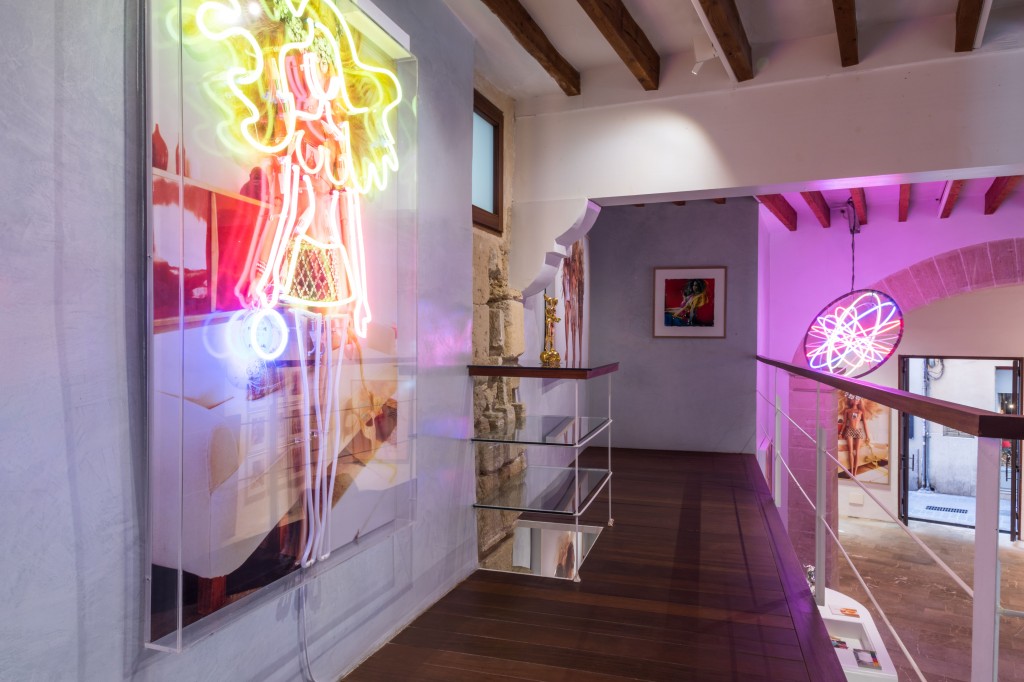 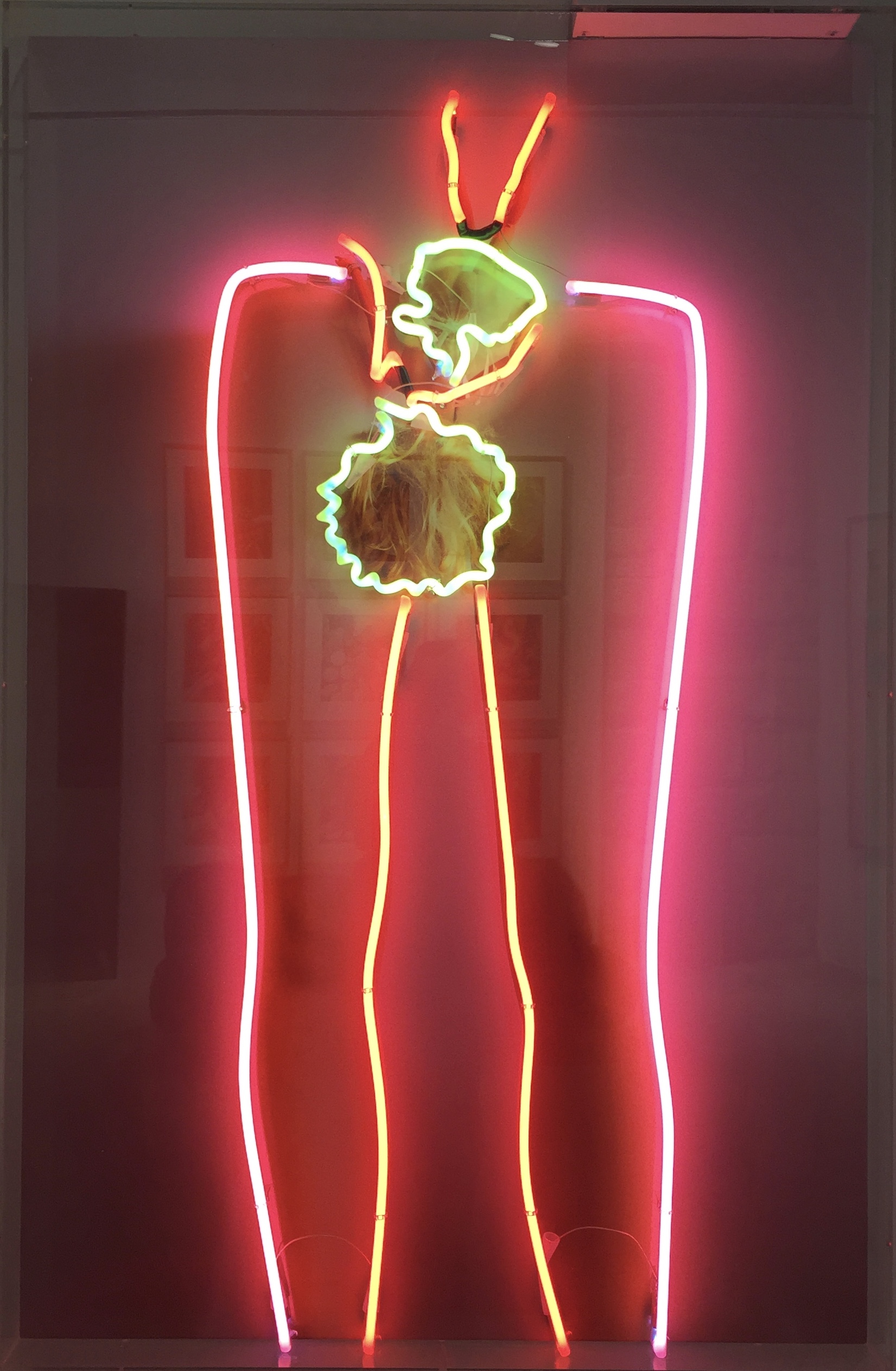 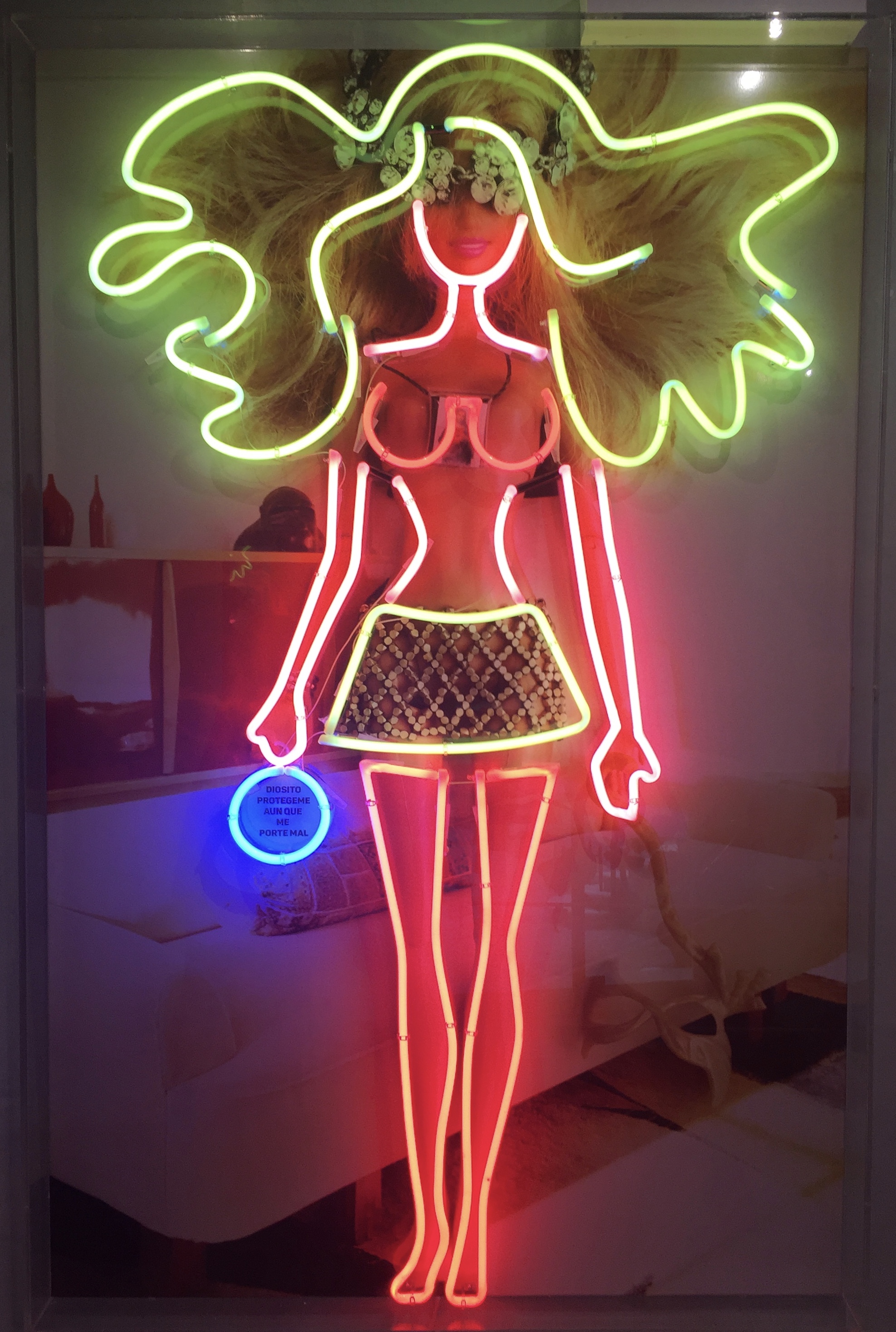 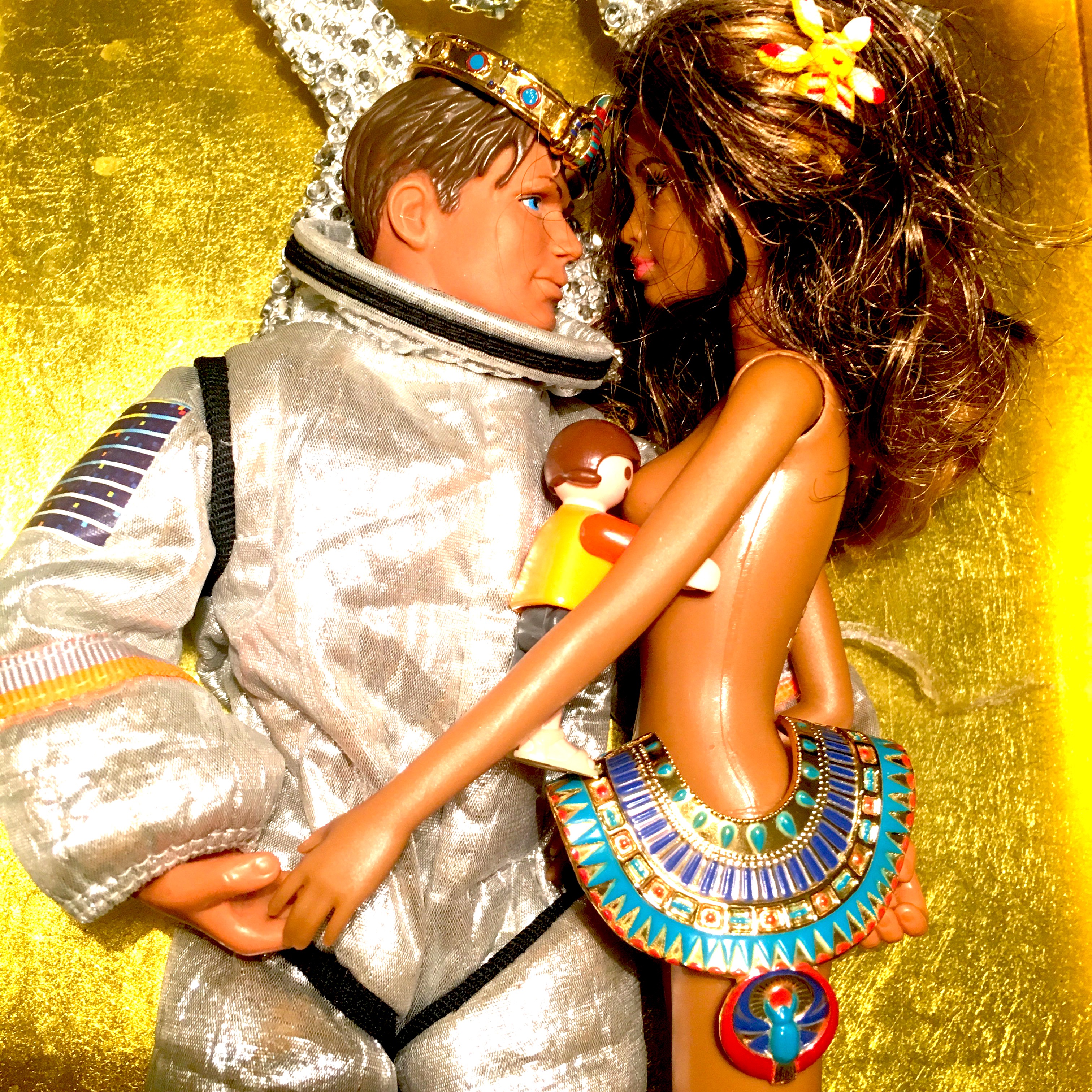 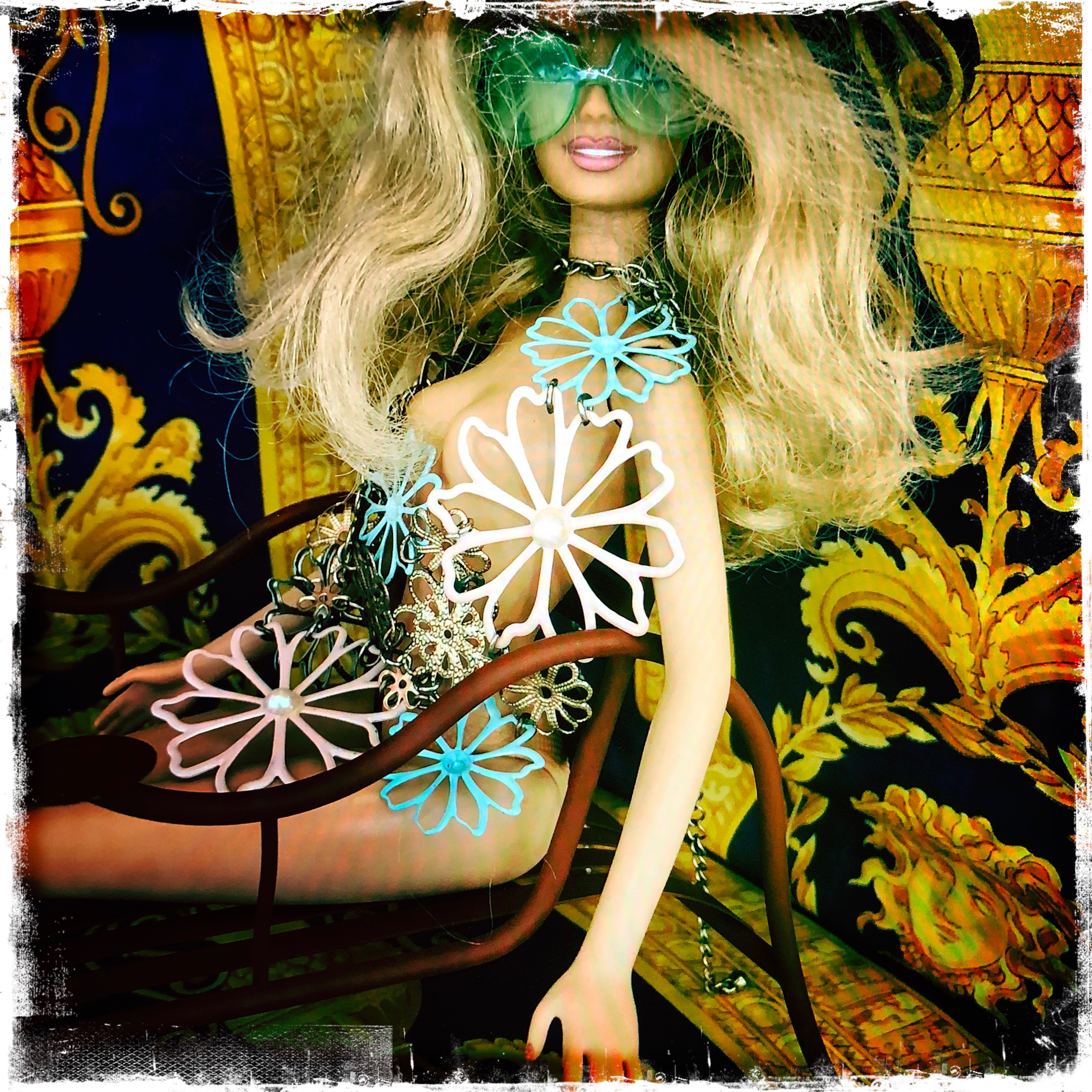 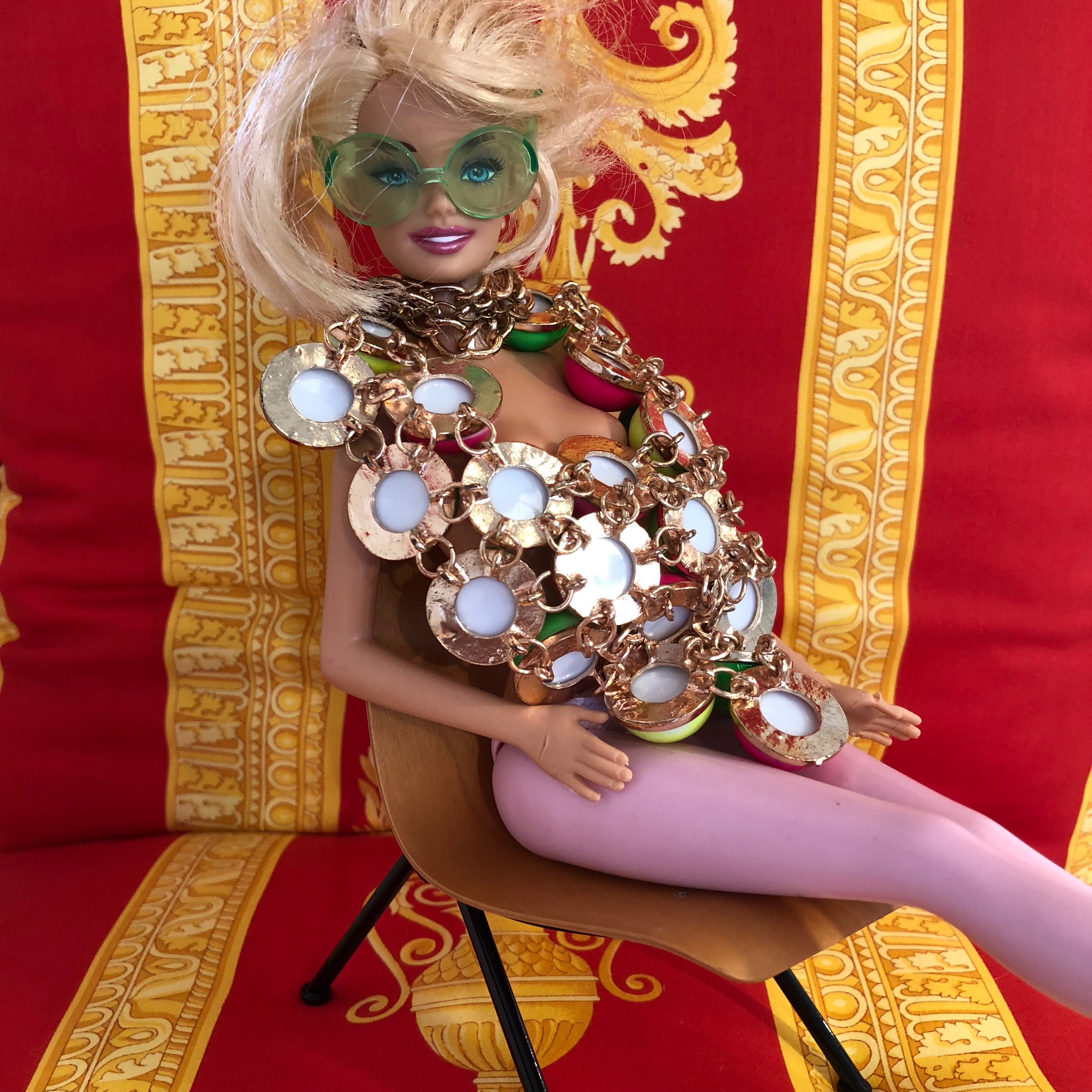 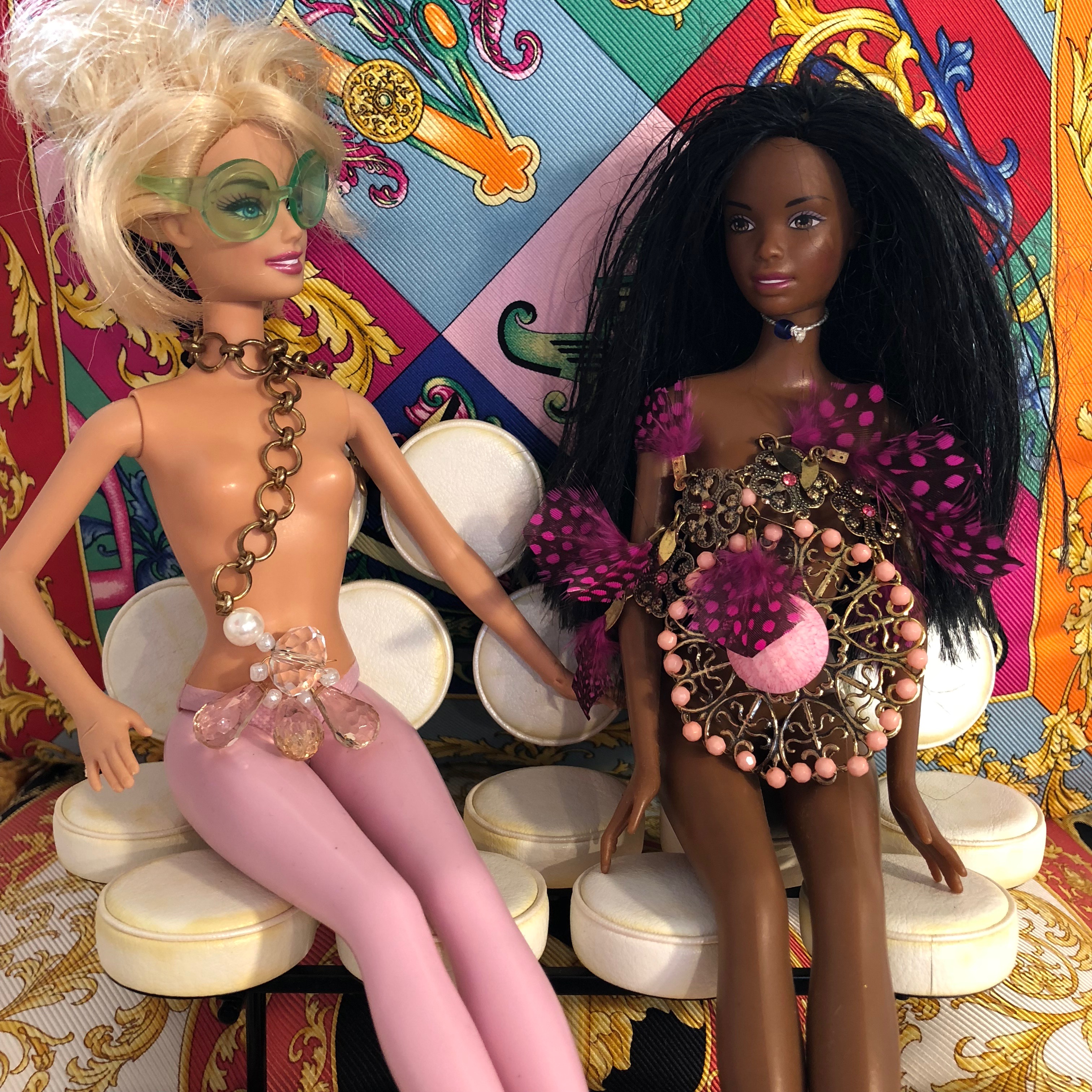 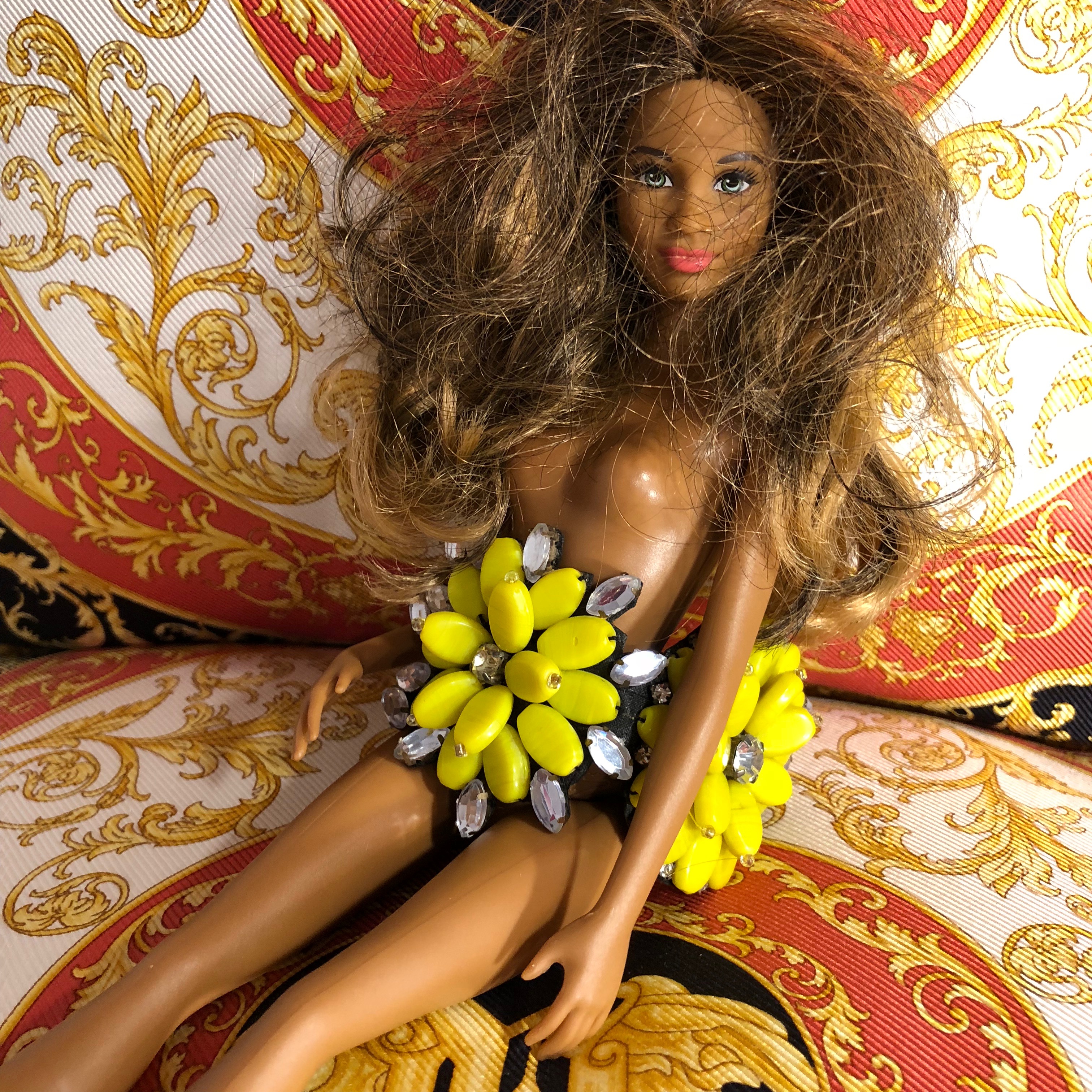 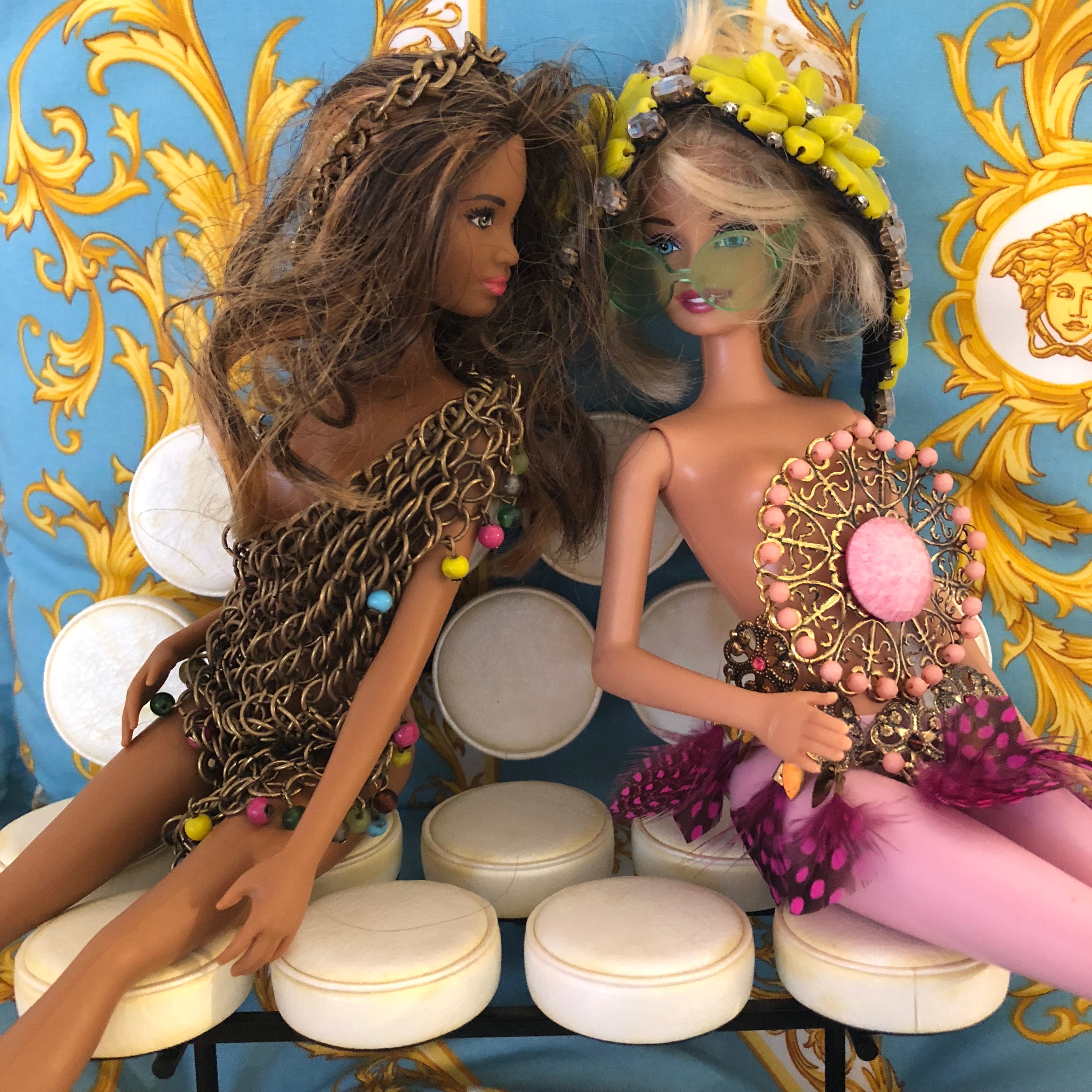 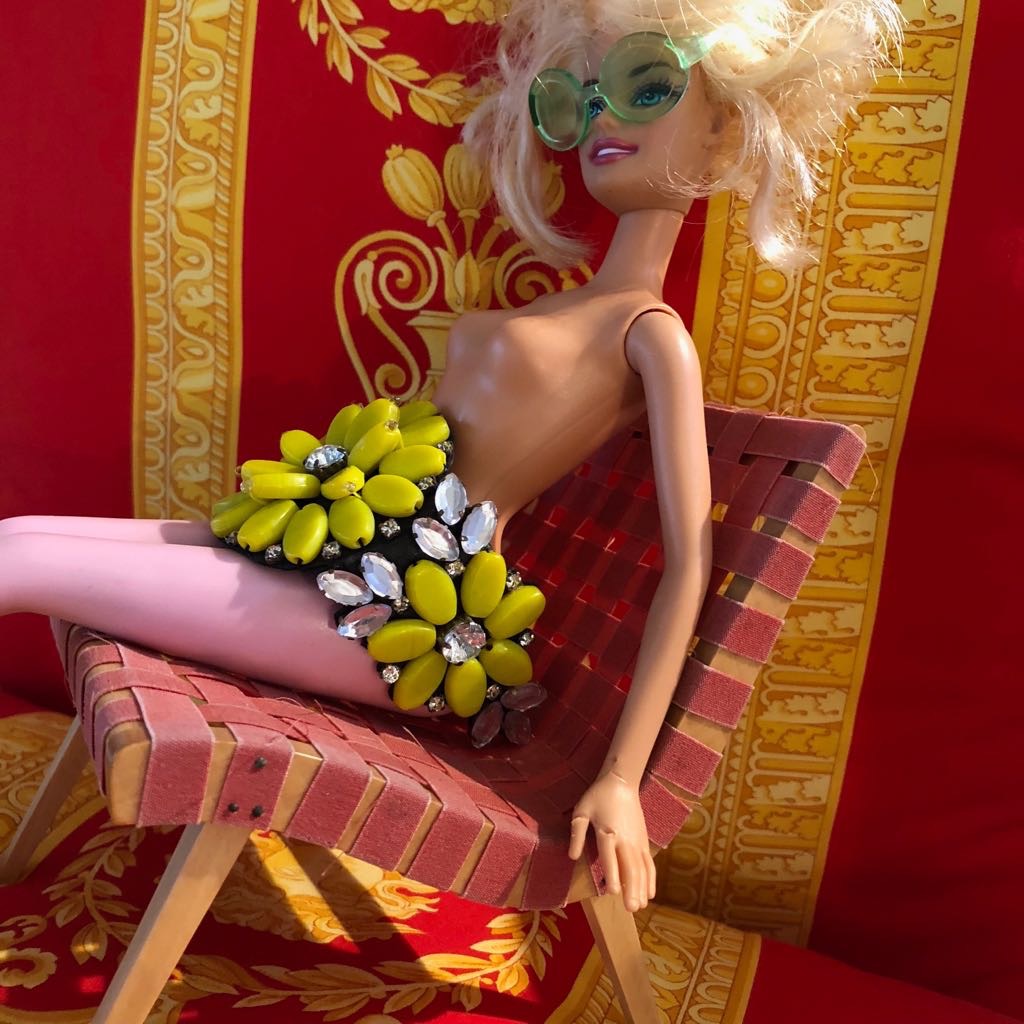 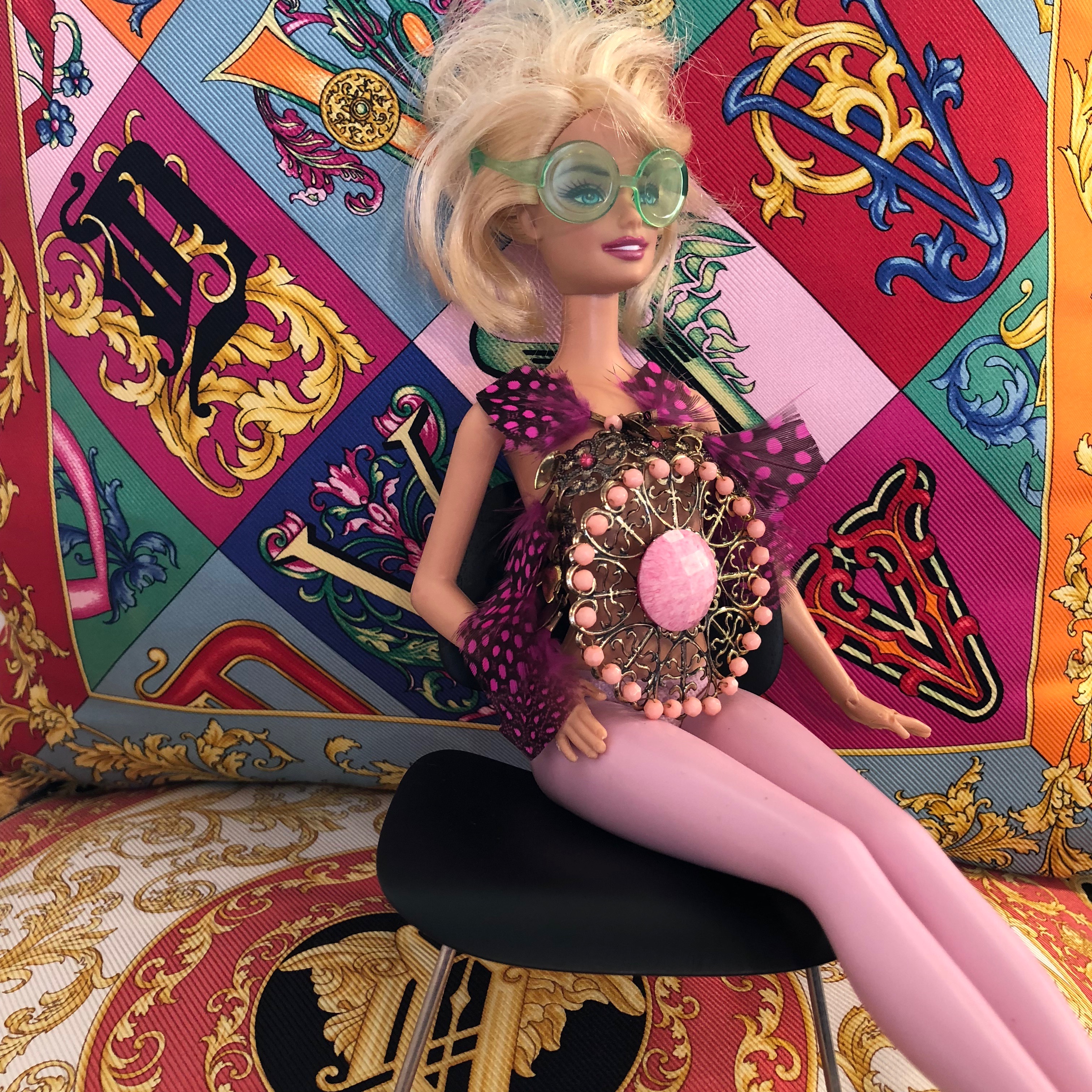 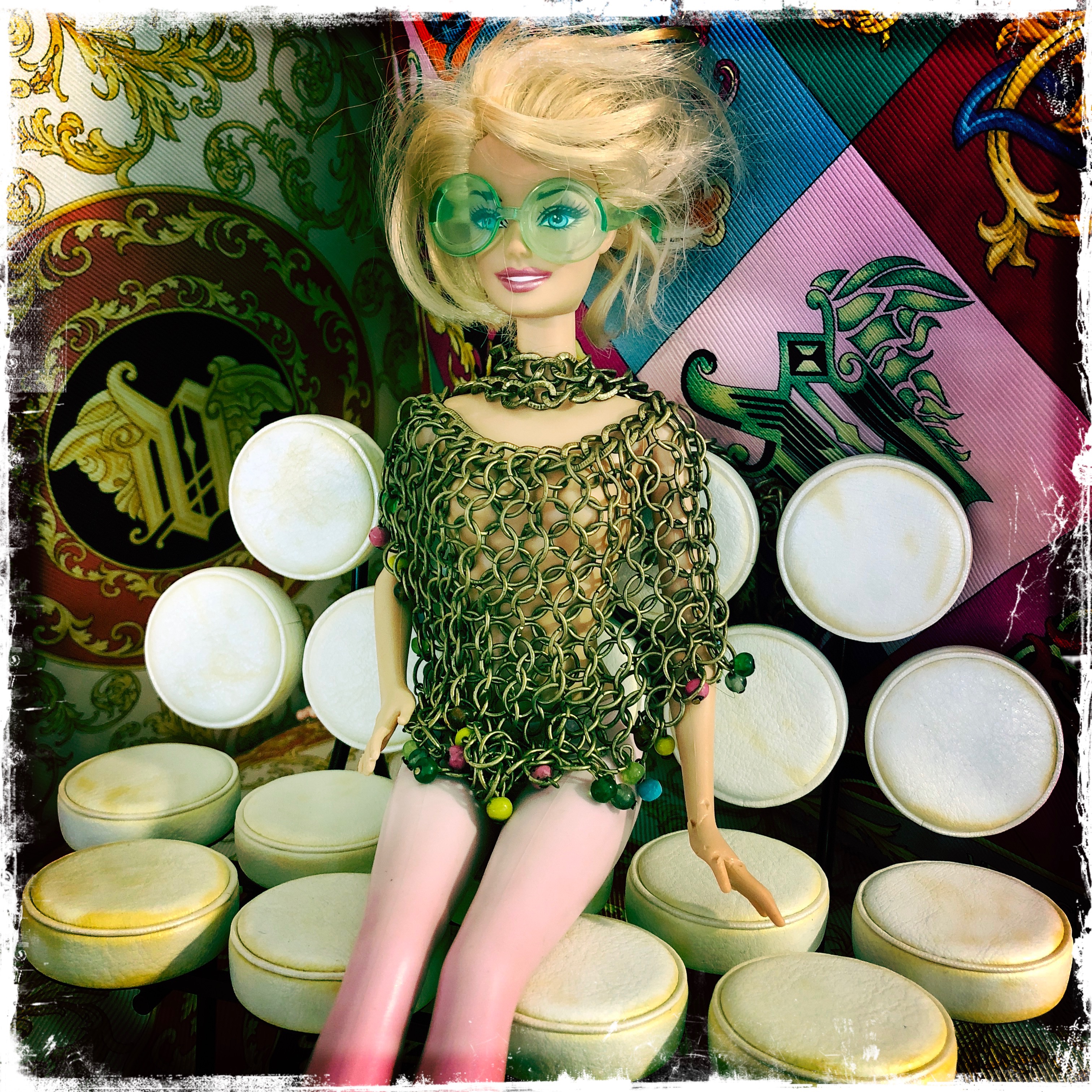 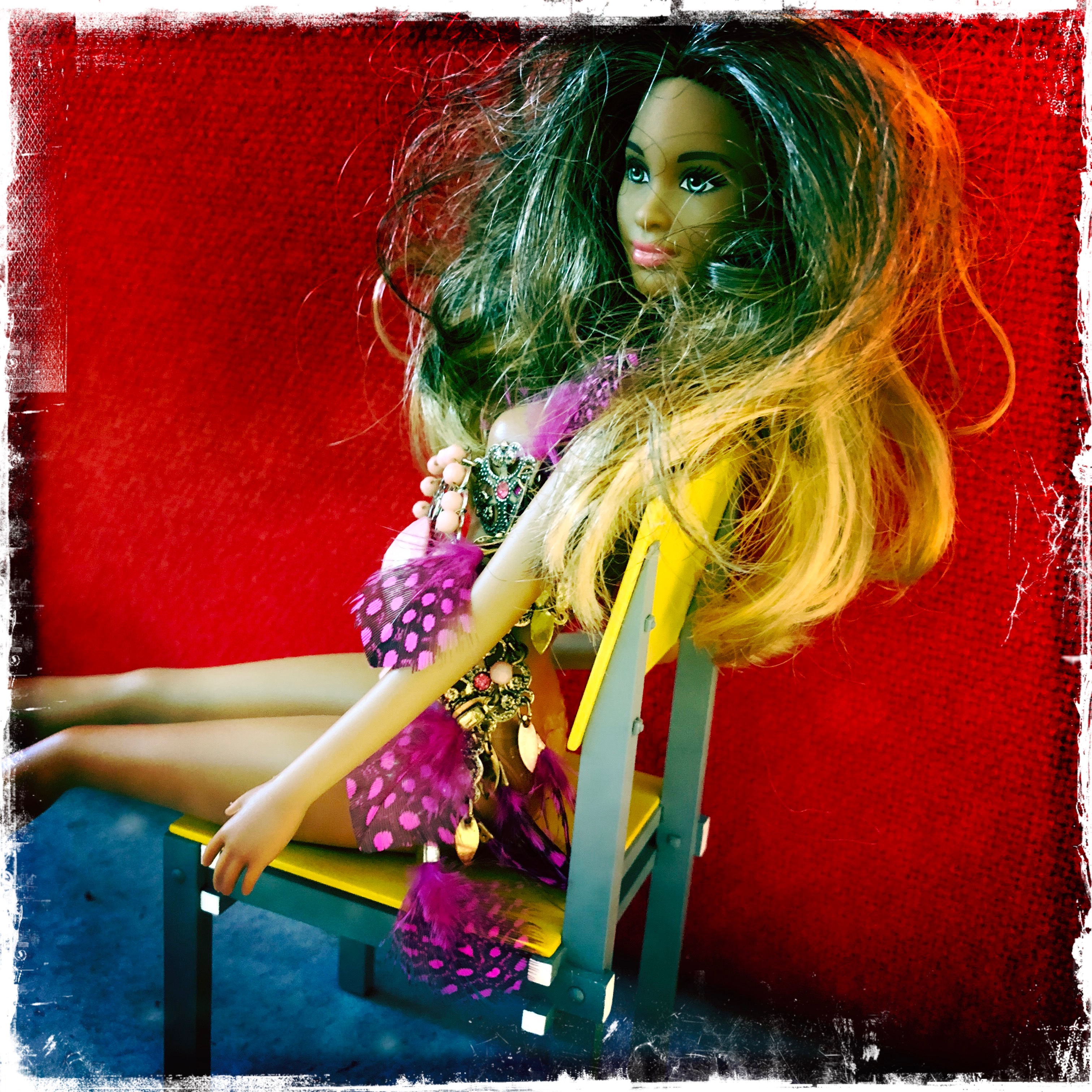 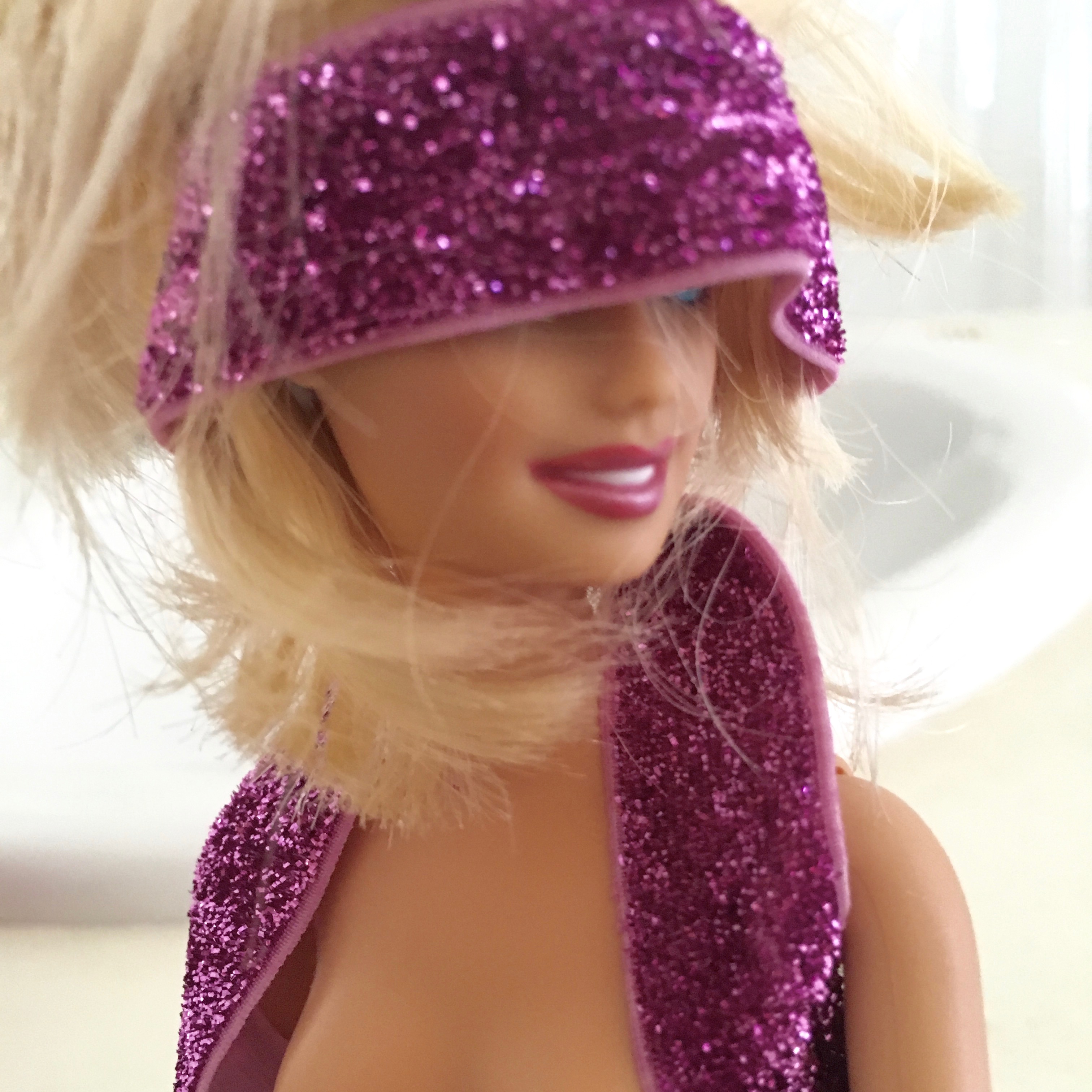 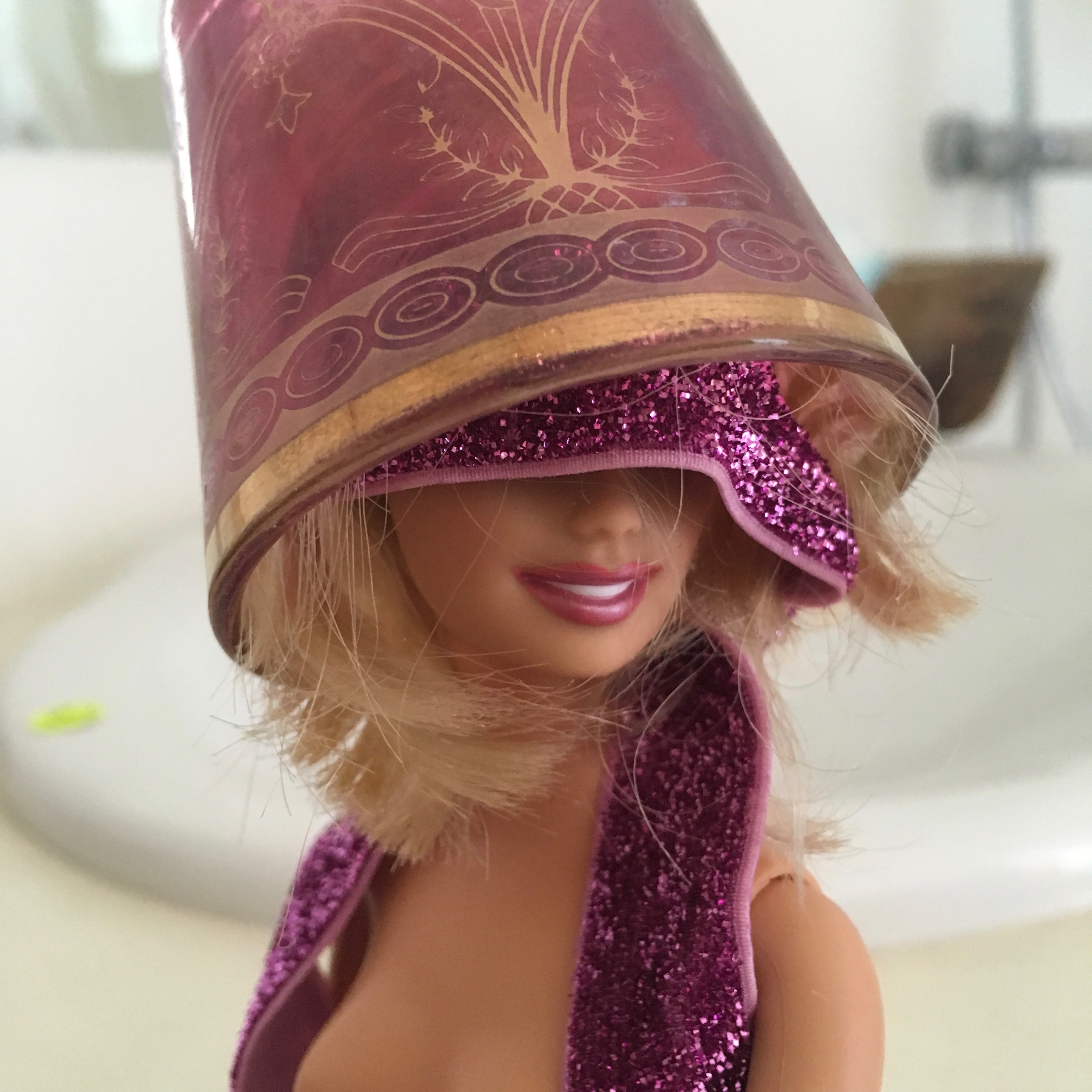 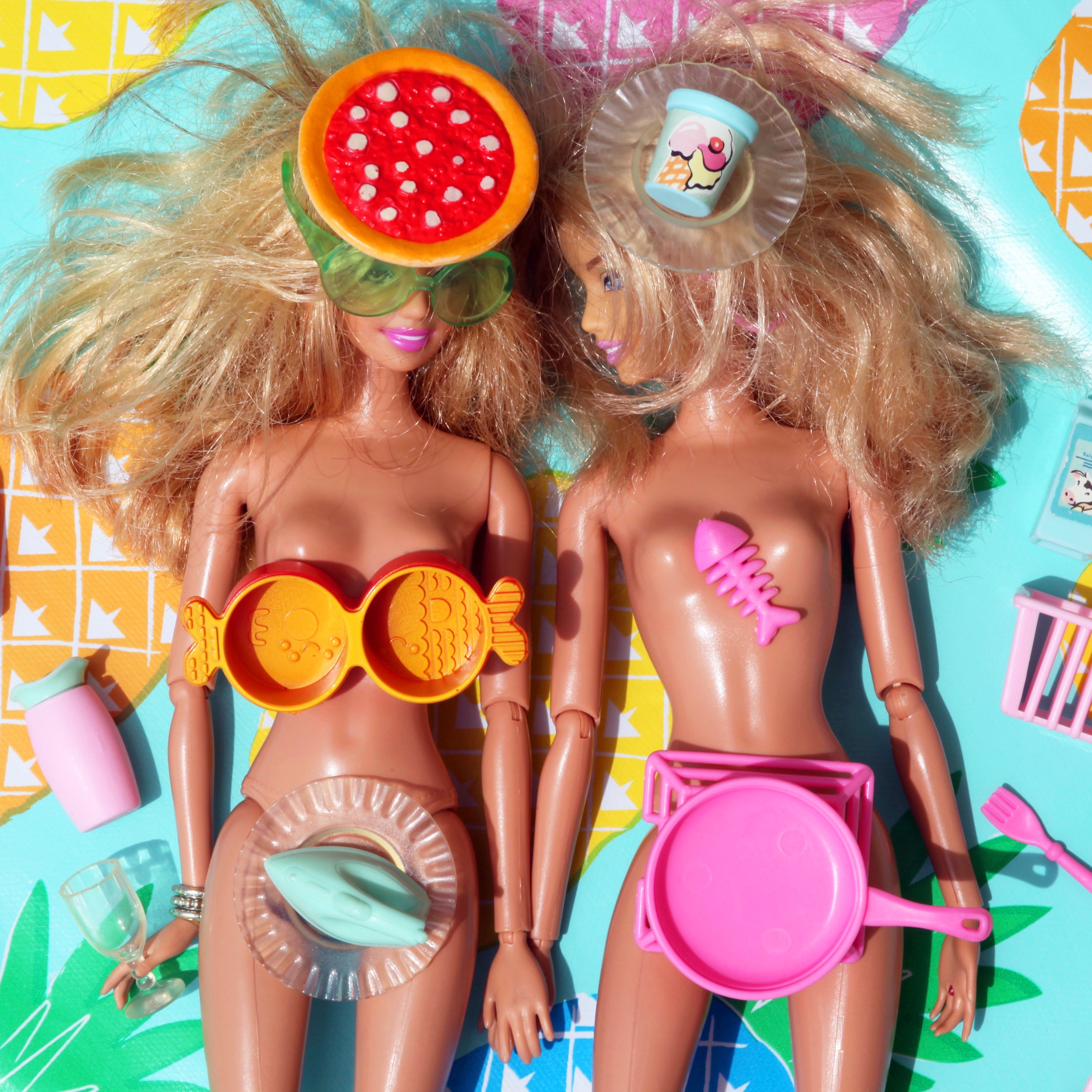 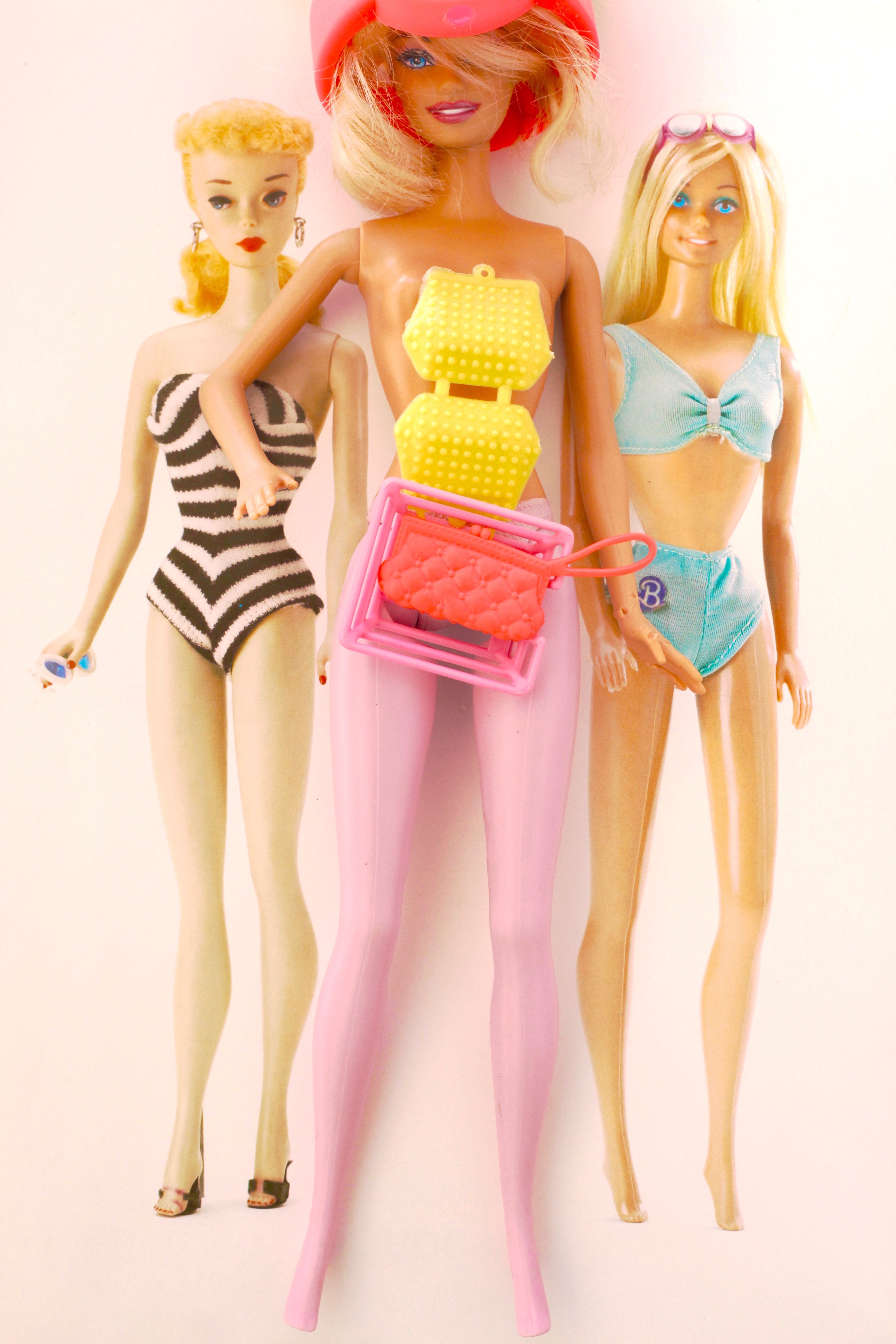 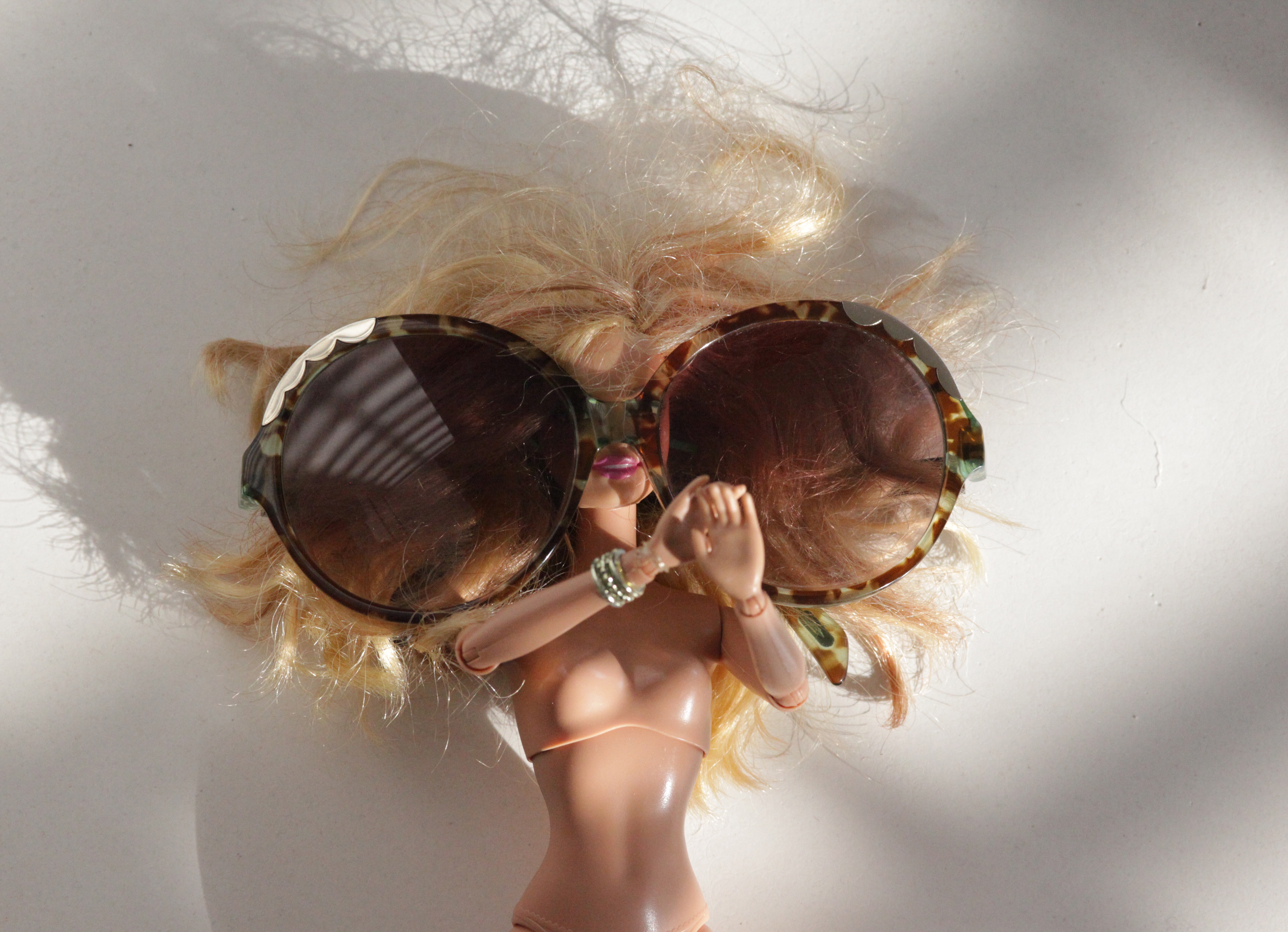 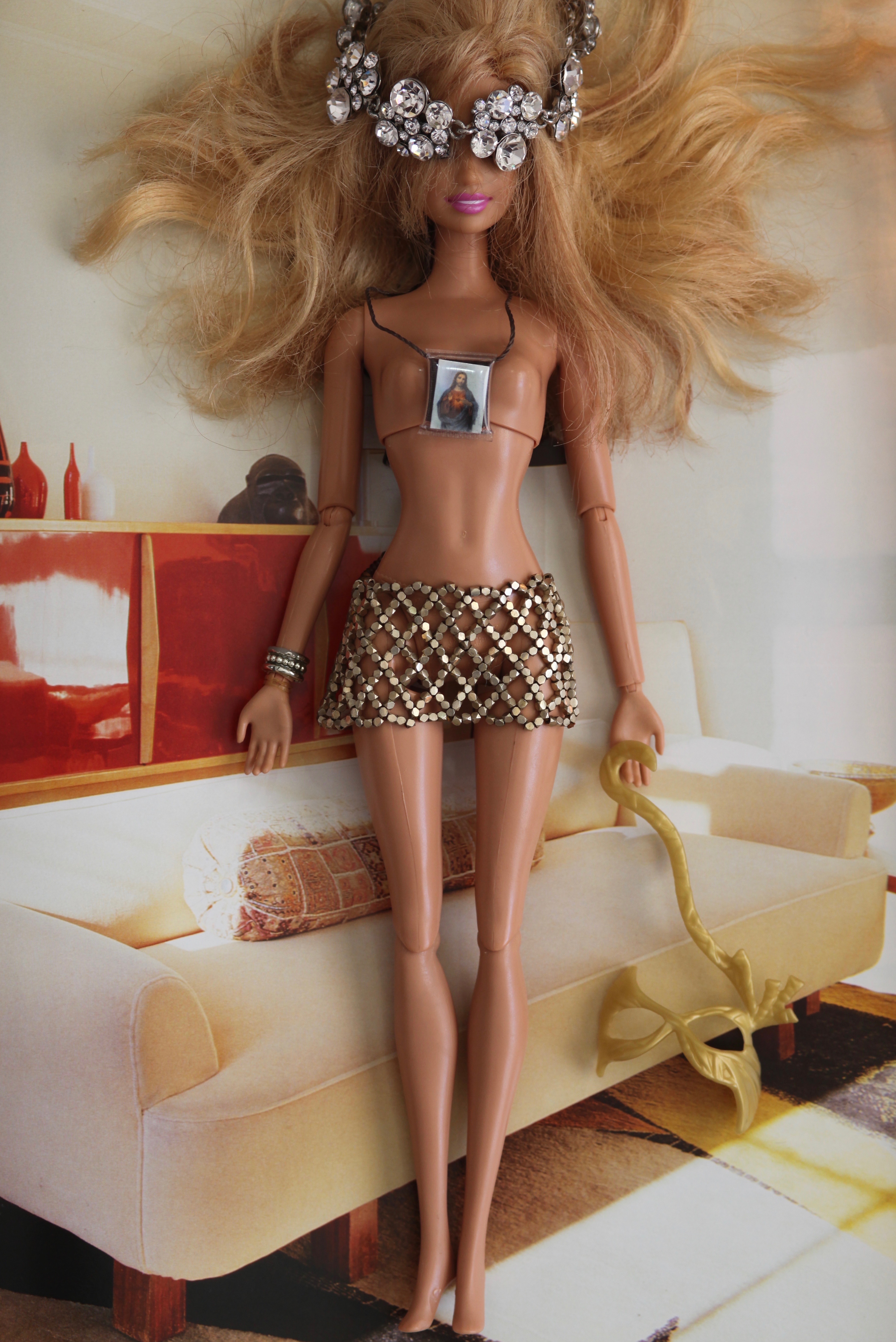 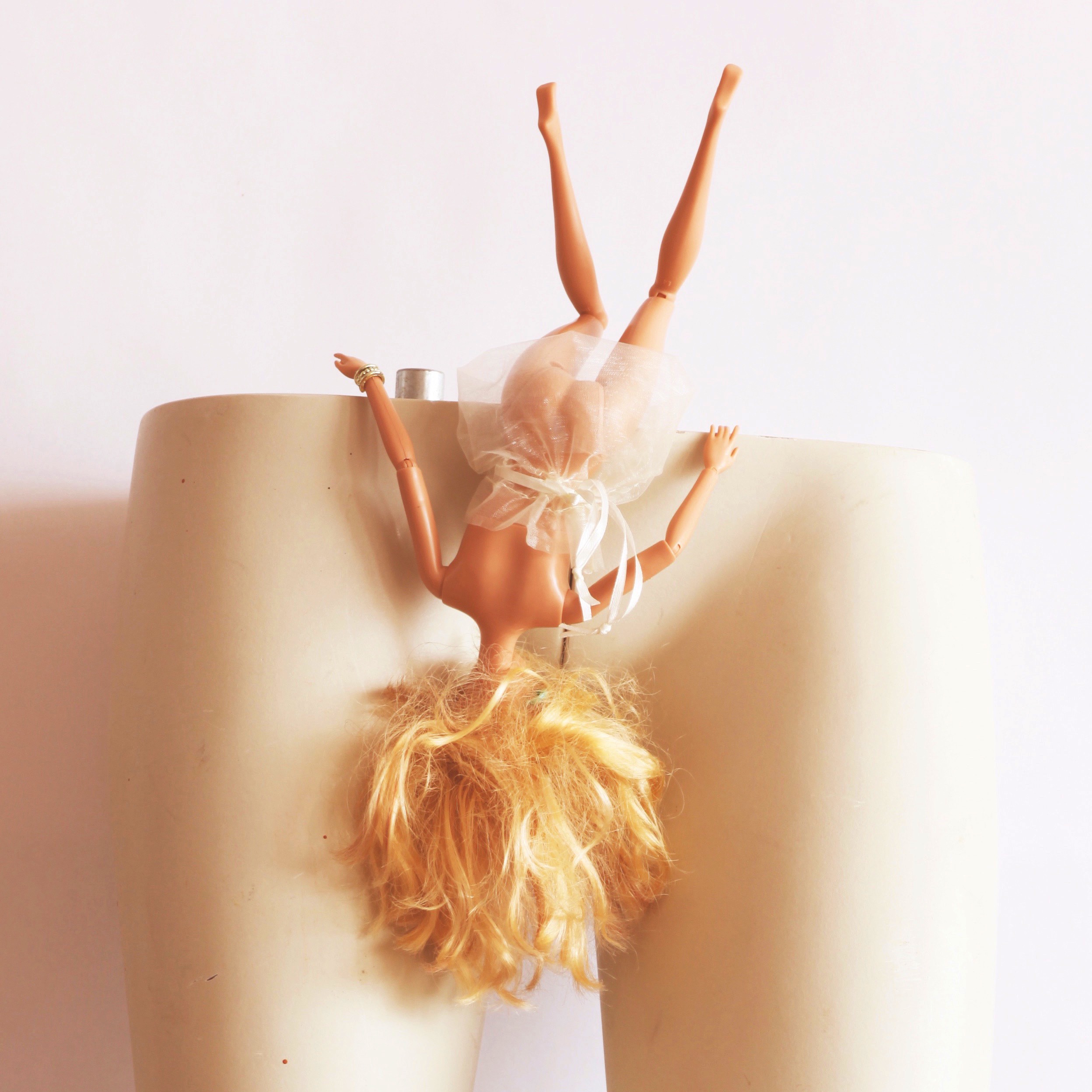 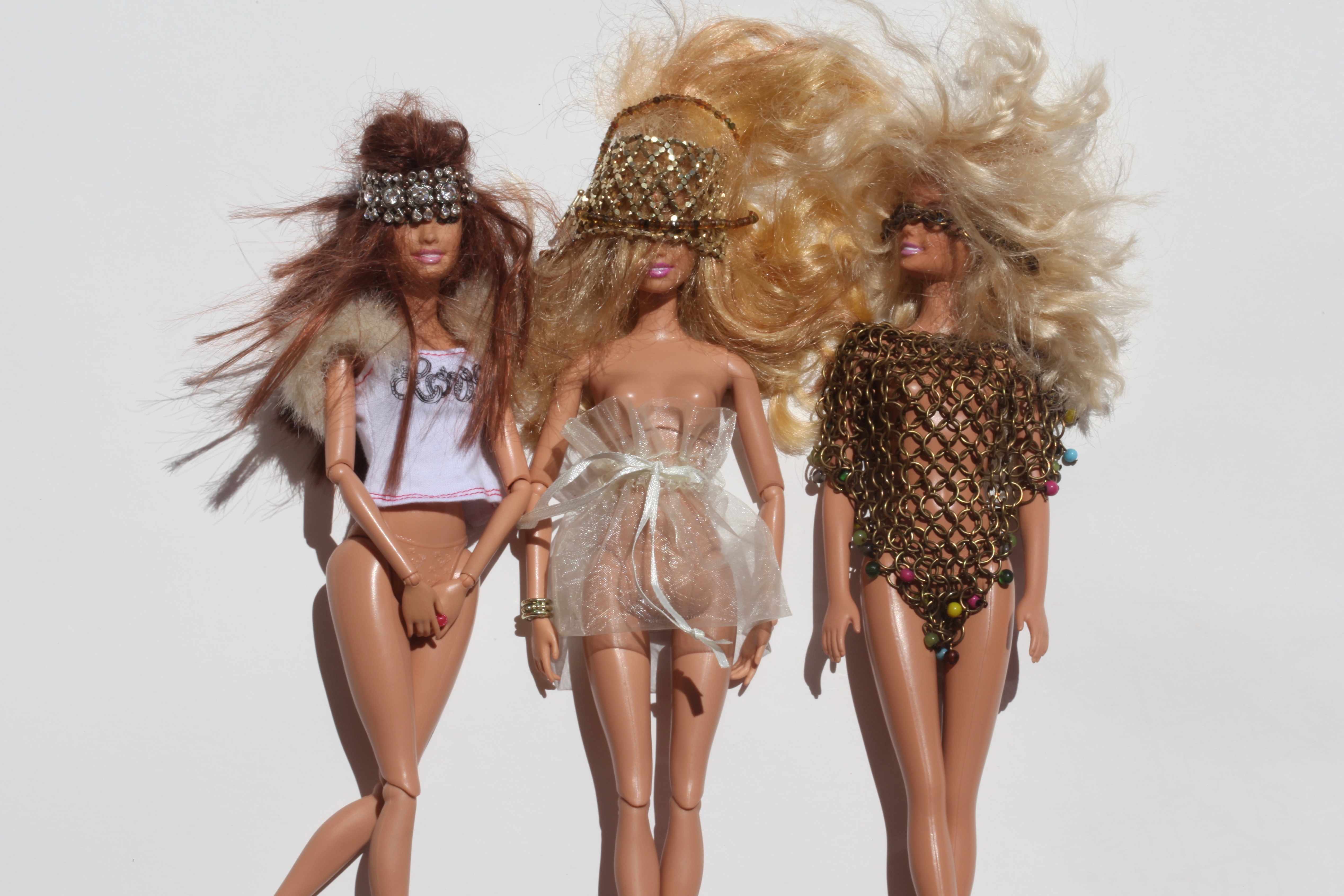 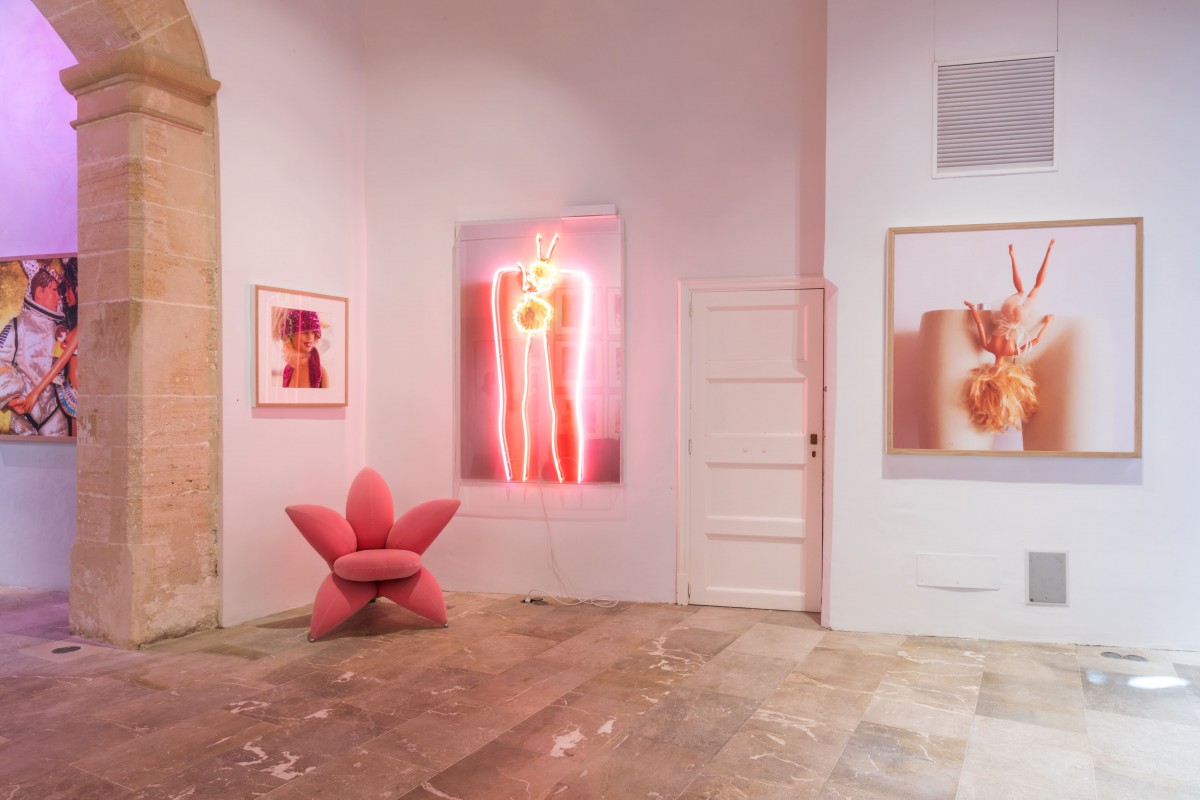 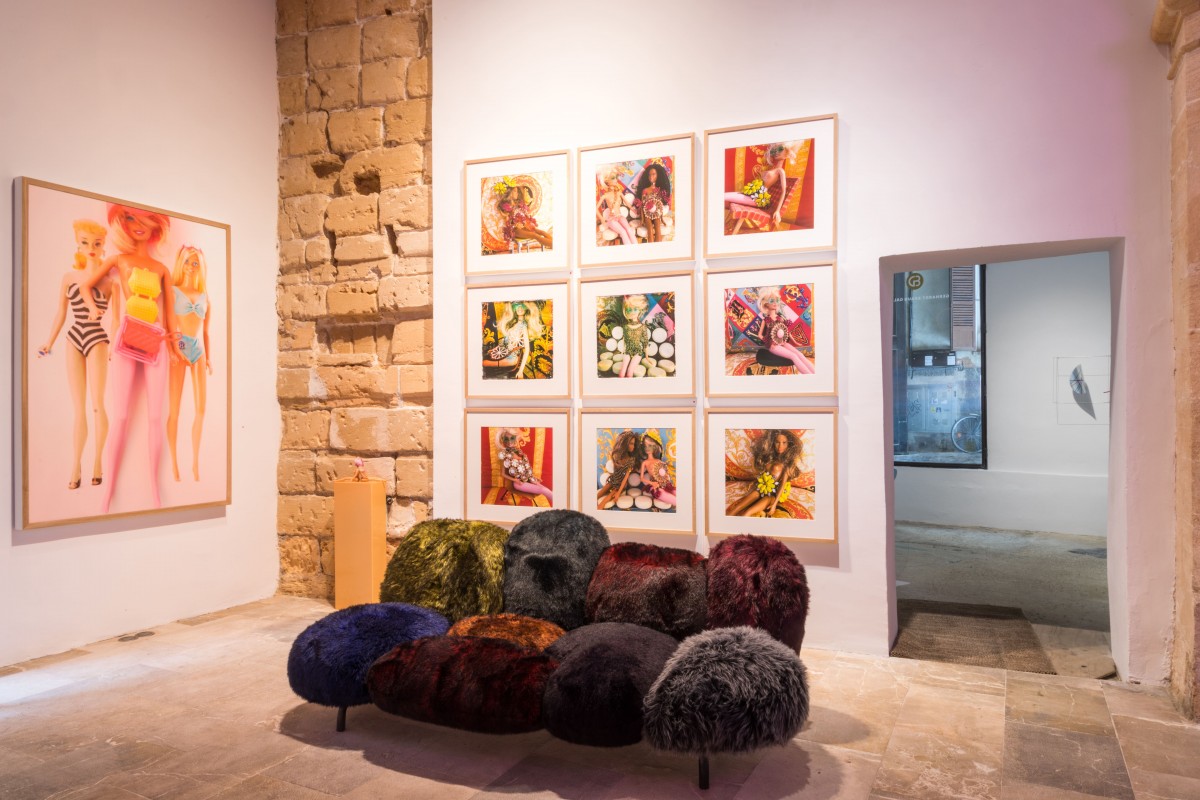 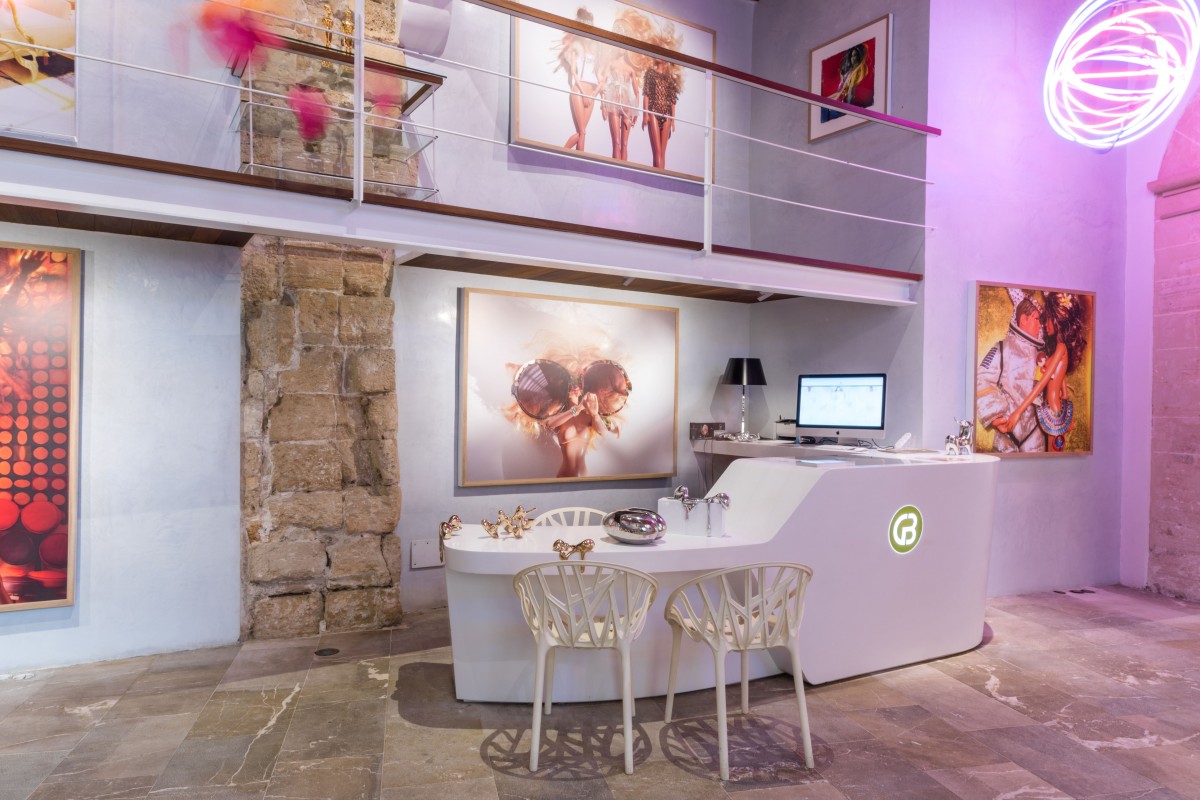 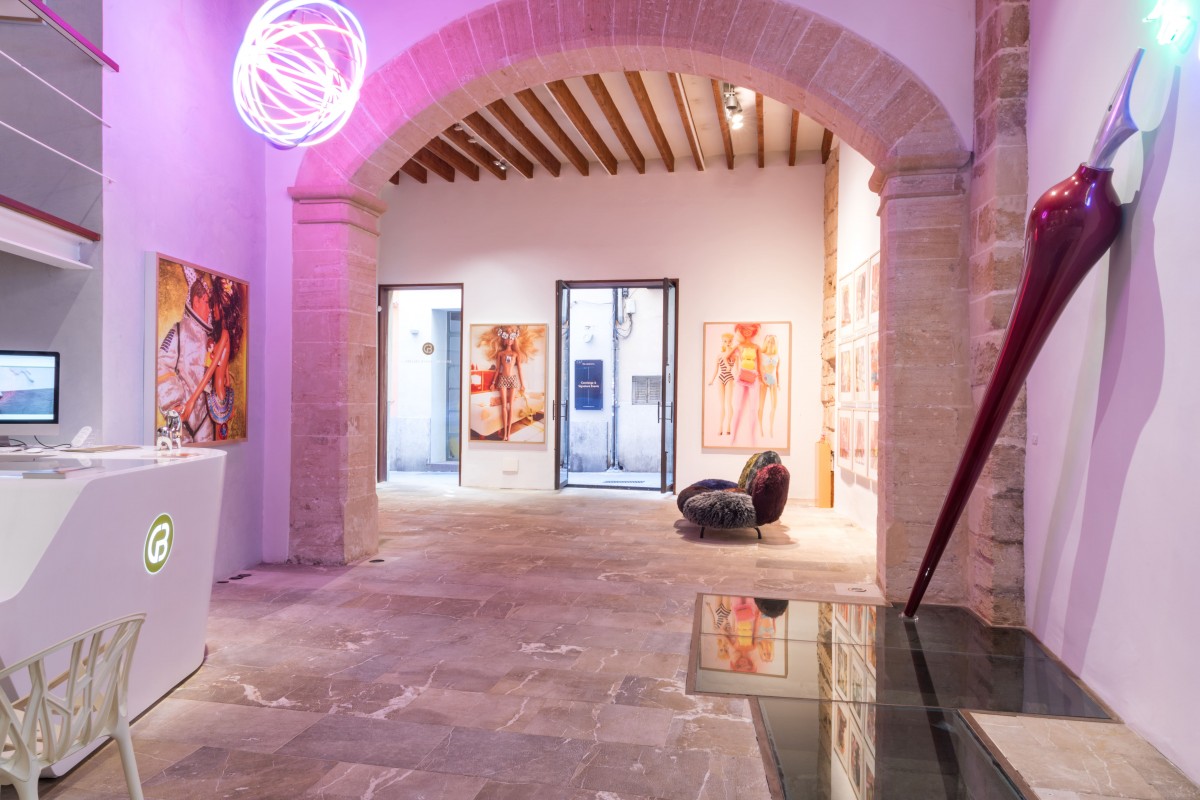 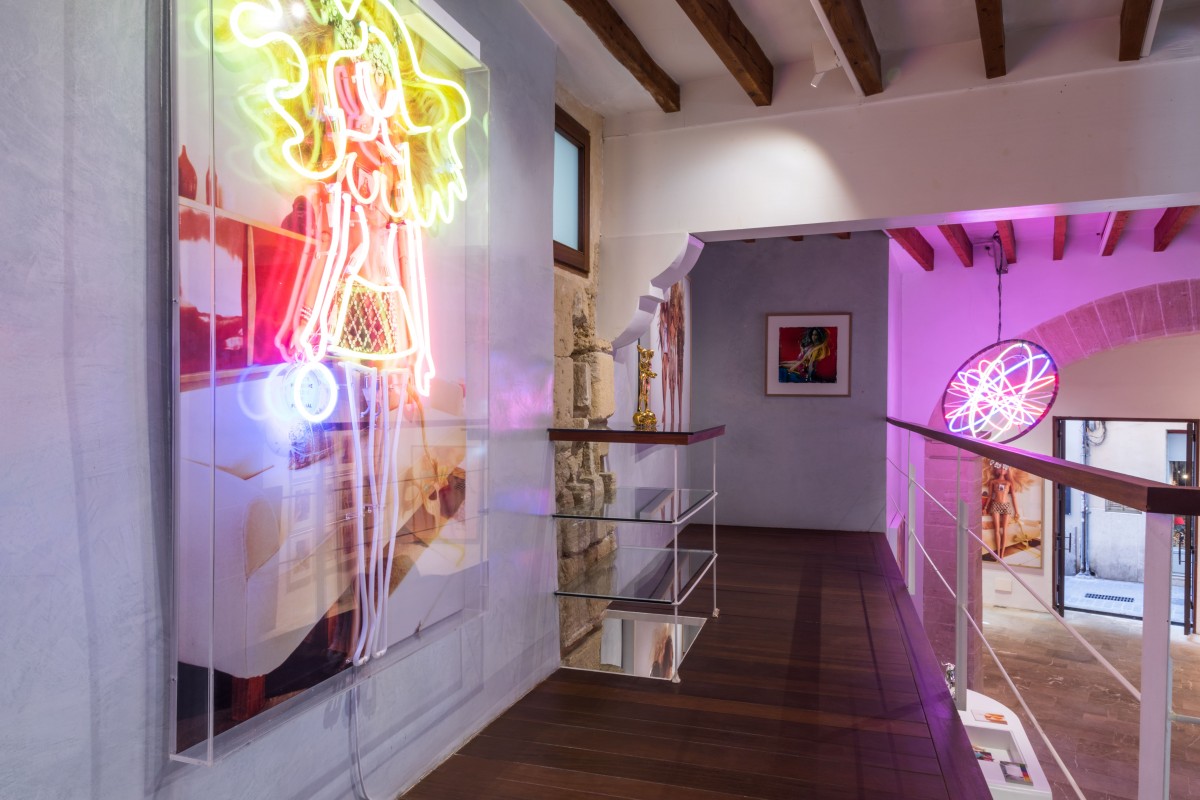